A Better ‘Me’ as an Education Assistant

How Faith Samson used her own struggles to help others

“It’s not that I’m a new ‘me’ but I’m a better ‘me’. A better ‘me’ who’s more confident and less doubtful. I fully believe in myself now.” For Faith Samson, these words didn’t come easily.

She wasn’t always confident and free of doubt but today, as a graduate of Stenberg’s Education Assistant (EA) program, Faith can say with certainty she believes in herself. When asked how she feels about her accomplishments, it brings tears to her eyes. “When I think about my success… I don’t know. I’m just tearful because it’s been so hard.”

Growing up in the Philippines wasn’t easy. “Life is tough there,” Faith explains. “But it can be fulfilling if you do your job well. I came from a very poor but educated family. We didn’t eat but we went to good schools. Education defeats poverty.” 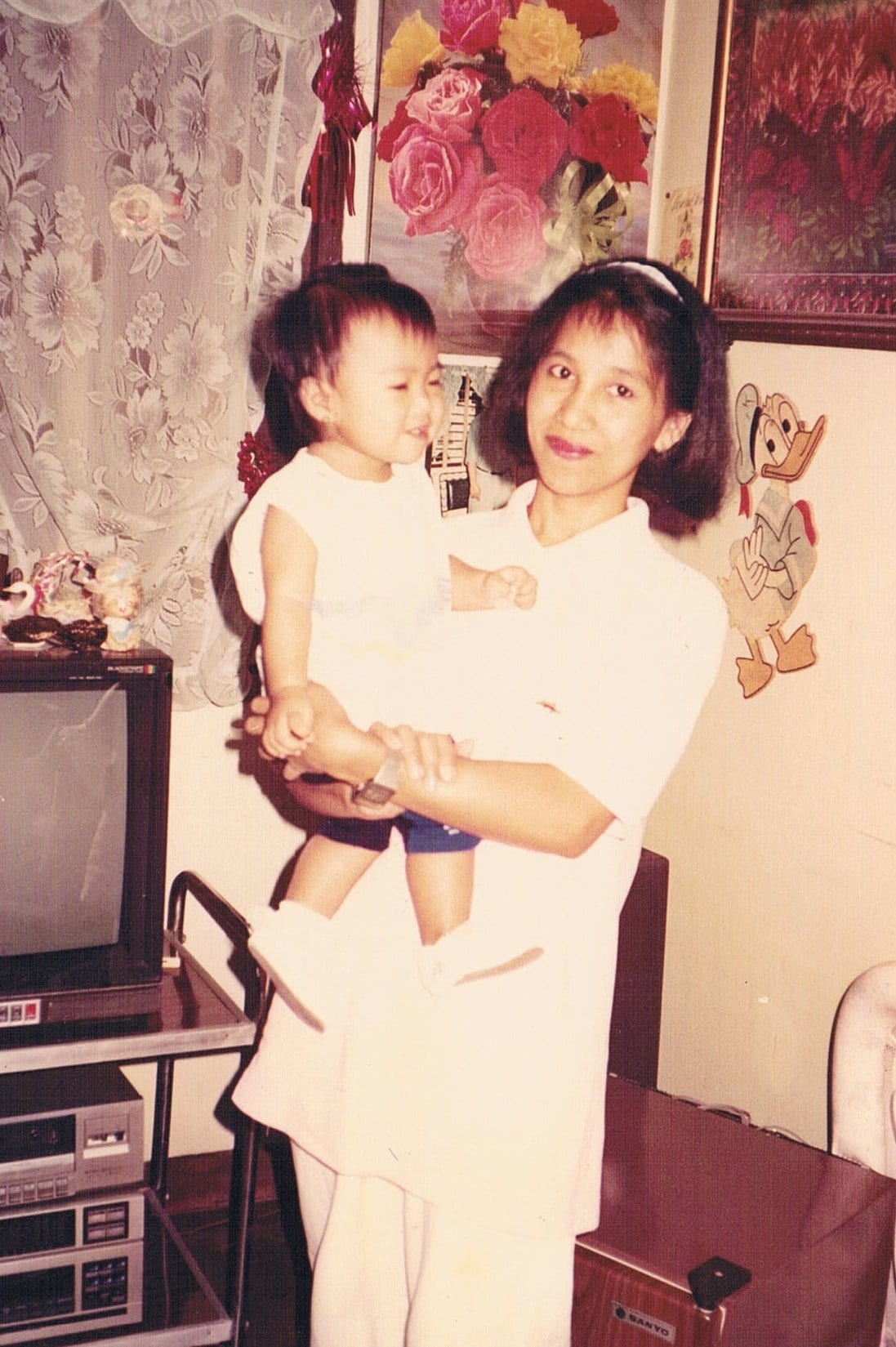 Faith with her mom in the Philippines

After her father lost his battle with cancer, Faith’s mom moved to Canada. “My mom works here as a cleaner and I’m proud of her, but in the Philippines she was an engineer. She left for Canada to give us a better life.” Without her parents physically by her side, Faith had to grow up quickly to support herself and her brothers in the Philippines.

Faith was teaching English to Korean students when she decided to get her Bachelor of Science in Elementary Education, majoring in Special Education. A hard worker, she went to school from 7:00 a.m. to 3:00 p.m. and taught English from 4:30 p.m. to 11:00 p.m. On weekends she taught online. Faith worked hard to provide for her brothers and create a future for herself.

Being a teacher in the Philippines was challenging as poverty was everywhere and most of the responsibility fell on the teacher. From providing curtains for the classroom to sacrificing her personal time to create lesson plans, Faith worked hard at a job she loved.

And Faith was not mentally incapable. She simply had a hard time loving herself, believing in herself, and finding happiness. “It was hard to deal with my life. It caused so much emotional pain. One of my special education teachers was a psychologist and she told me I should go to counselling but it was so expensive.” 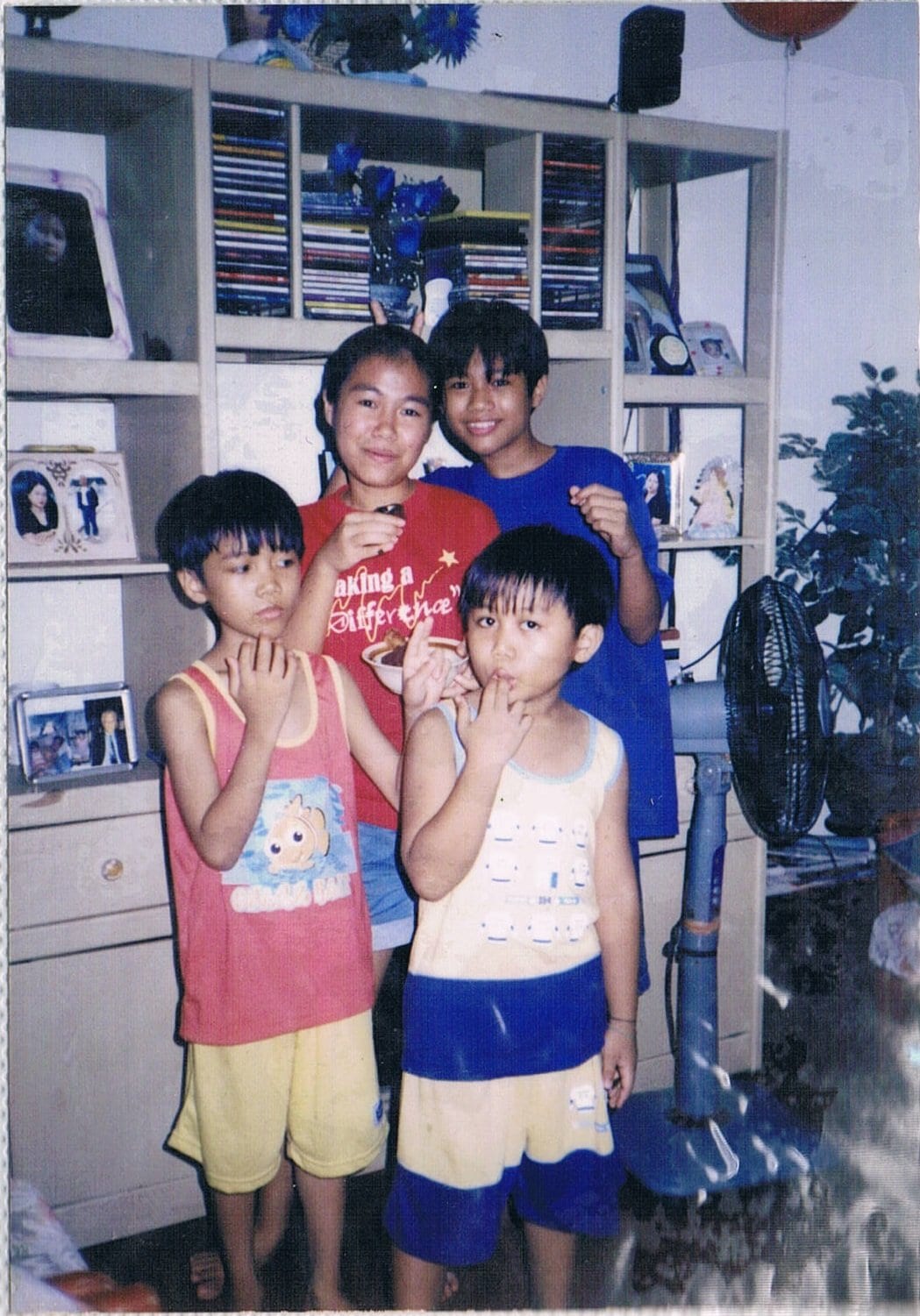 Faith with her brothers in their home country

For a long time, Faith struggled as the weight of the world fell on her shoulders. With such responsibilities at a young age, it was too much. When she built up the courage to talk to her family about it, her pain slowly subsided. “I talked to my mom and brothers. I was scared to tell them but they didn’t judge me. When I felt their acceptance, the pain went away.”

It was Faith’s own struggles that brought her to where she is today. “I wanted to be an EA because there are kids who suffer like I did. If I can be there for them, I can make it better. I think if someone was there for me, it could have been better.”

Five years after her mom left, Faith joined her mom in Canada and knew immediately she wanted to support children who face challenges. However, she didn’t have the means to do it. “When we came here we had plans, and work was first. I had to pay off my mom’s credit card bills that she had used to pay our tuition in the Philippines. So, I worked at Wendy’s and Alcolock. It took me two years, but I did it.”

Now Faith could follow her dream. After seeing a Stenberg College ad on a bus, Faith told herself, “I want to be one of them someday.” She explains, “I researched and learned Stenberg was the only school with POPARD (the Provincial Outreach Program for Autism and Related Disorders), so I enrolled.” She already knew this was the career for her. Now she knew this was the school for her. 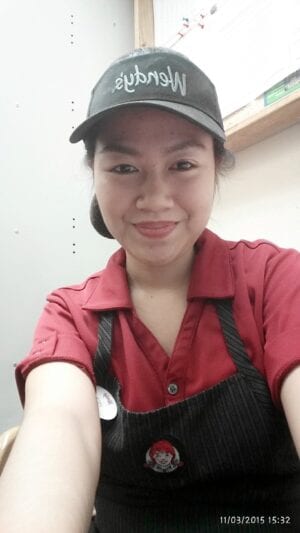 Working hard so she could go to school

Though she was no stranger to education, English was not Faith’s first language and she was nervous to start college. “I was scared I might make grammatical errors or not be able to answer questions but everything worked! I appreciated Yana, the ESL instructor. She was with me from beginning to end, which really boosted my confidence.”

Along with Faith’s English, she also saw improvements in herself during her time at Stenberg. “I learned to be more flexible because I’m the type of person who plans ahead. I plan everything from Monday to Friday from what to eat to what to do. But things happen. Things change. And I have to deal with that,” Faith shared. “It was hard at first but I’ve learned a lot, from developing my listening skills to coping with stress and anxiety. I admit I get stressed easily, but being at Stenberg honed me to be the person I want to be.”

Faith was determined and gave 100 percent to her education, encouraging her classmates along the way. As it goes, college gave Faith more than an education. “My classmates felt like family. They helped me build myself and overcome my weaknesses. I moved forward because of them.”

For her classmates, the feeling is mutual. When asked about Faith, Benjamin Jr. Almadin said, “Faith became part of my success. She’s a genuine friend to everyone in and out of the classroom. I consider Faith a treasure of the college.”

Devinderpal Kaur shared a similar sentiment, “Faith is very modest, which helped her to be liked by her peers. She was never boastful of her academic excellence. On Halloween, she dressed up. On Easter, she joined the egg hunt. For Indian celebrations, she wore an Indian outfit. Faith is a perfect example of integration. Stenberg must be proud to have her as a graduate.”

Learning from her struggles, Faith now supports individuals who need a little extra attention in school. It’s a career that gives her a purpose and undoubtedly benefits the children she works with. “I want to be a role model to students and show them they can be resilient. Even if they have a hard time academically or emotionally, they just have to be resilient.”

“I want to be like a sponge, to to take in what they’re saying because I can relate,” Faith continued. “I want them to know it’s okay to be different because we’re all unique. We can use weaknesses as strengths. For example, if they fail a test, they can use that as motivation to push forward.”

“I know there are people like me out there, but if I’m there to help, then the kids will know somebody’s there who can understand and offer help, unconditionally. I think I can give kids the help they need,” she stated humbly. 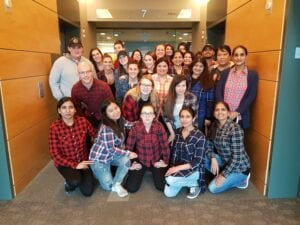 Getting into school spirit with her classmates

Today, Faith successfully gives children this help. The Burnaby School District hired her immediately after completing her practicum, and she goes to work and makes a difference every day. Faith speaks with pride about her experience with one boy in particular. “This one child, he’s non-verbal but very good with numbers. He bites and at first, I’d wear a sweater just in case, but we have a bond now and he feels comfortable with me. We have a connection and relationship. I don’t wear sweaters anymore.”

The depth of their connection was made apparent when he handed Faith a drawing. “If you look at it, it doesn’t seem like there’s meaning to it. But if you know him, you’d see he drew his favourite character next to himself. He pointed at the character and said, ‘That’s you.’ I felt like I must be doing my job well.”

Creating a zone free of judgment, Faith is there for her students in their most vulnerable moments. “I help kids with their toileting routine. It sounds funny but you build trust there. They know you’re not judging them. I help without any expression on my face and I know they’re looking, waiting for a reaction, but I don’t show it.” 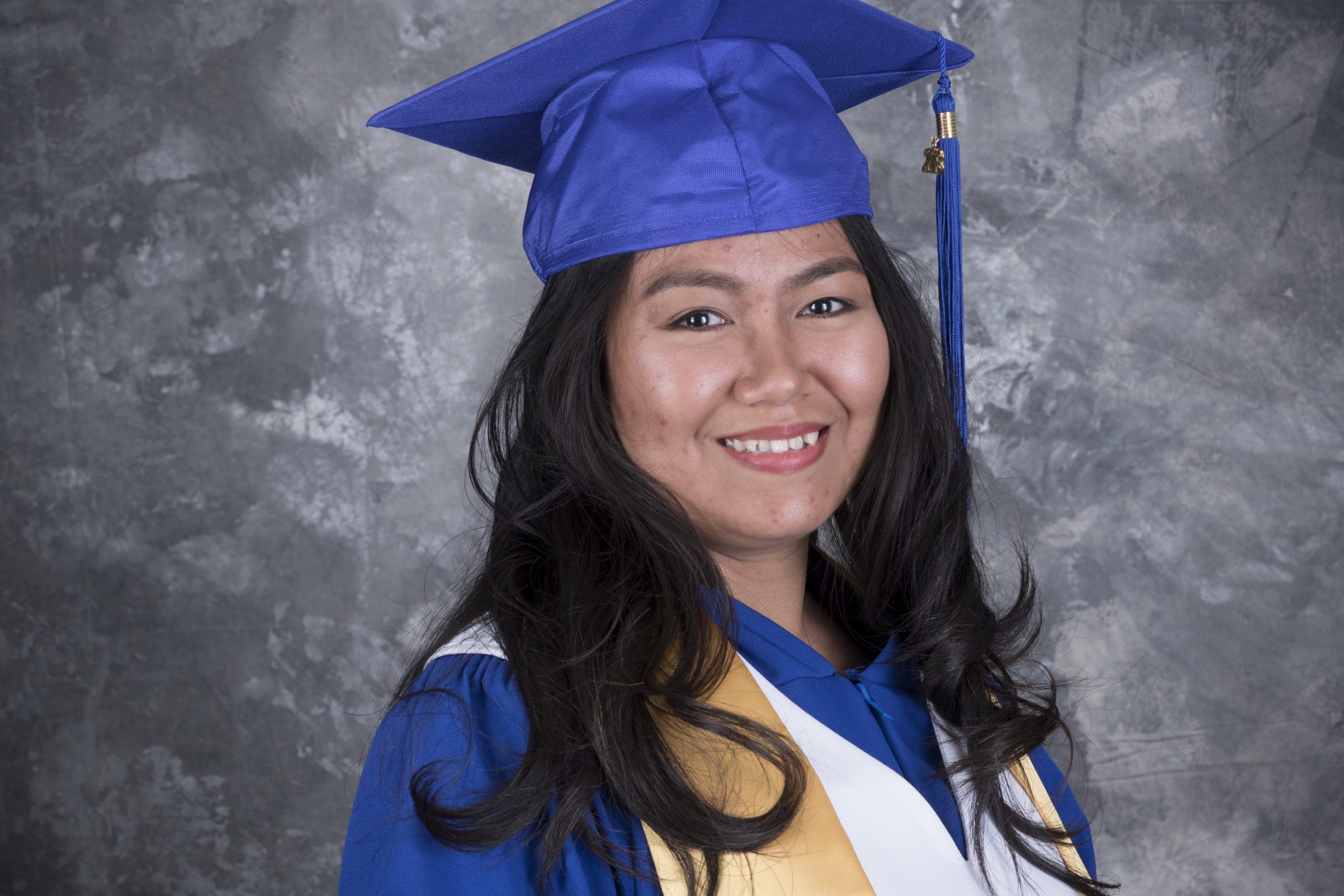 Faith excels as an EA. Stenberg alumni and Education Assistant guest speaker, Amanda Williams, states, “I’ve never met anyone with such drive, ambition and passion. Faith demonstrates what Education Assistants should be, and the pure heart she shows is astonishing. Anyone would be lucky to work with Faith.”

Though it’s hard for Faith to look at herself and see that she’s a success, she realizes the accomplishments that hard work, resilience, and self-love brought her. Her mom warmly said to her, “Now do you believe it? After all we experienced in the Philippines, we did it.” ❉