When asked to share an experience supporting a student with exceptionalities, Madeleine Lees smiled brightly. She answered quickly – she knew exactly which memory to share, “On my practicum, I supported a student with extreme behaviours. We were playing football during gym class and he did not want to participate. I brought him to the side of the field and gave him a five, four, three, two, one.” Counting down with her fingers, Maddie continued in haste, “I showed him how to catch, how to throw, and then we’d take a break to go in the shade. The joy on his face when he got it right was incredible.” 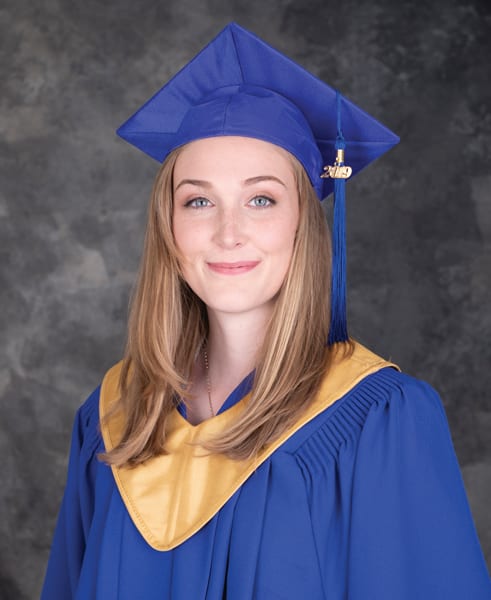 Maddie on Grad Gown as a Student of the Year finalist

The success of Maddie’s student did not stop there. When it was time for badminton, he flourished. She explained, “He didn’t know how to hold the racket or the birdie, but he learned! By the end, he spiked so hard I couldn’t even run for it. Seeing him transition from wanting to sit in the shade to someone who thrived was amazing.”

As Maddie concluded her story, it became clear this is her passion, her purpose. Madeleine Lees is an Education Assistant (EA), and she couldn’t imagine it any other way.

Madeleine’s student was not the first to benefit from her kindness and creativity in communication. Growing up, Maddie gravitated toward students with exceptionalities, perhaps because having been bullied herself, the concept of not fitting in hit close to home. Determined to create an environment of acceptance, she explained, “I wanted to be someone they could look to and know they had a friend, someone who cared about them. School can be hard but if there’s someone you trust, it helps.”

Always a friend to those who might not have an easy time, it would seem intuitive for Maddie to become an EA but she did not always know this would be her path. 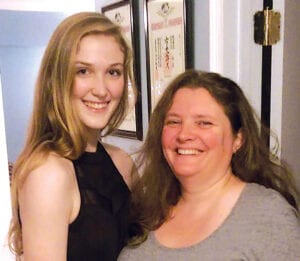 Maddie with her mom, one of her biggest supporters.

Beginning her journey of self-discovery, Maddie accepted a position as a soccer coach for 18-month-olds to seven-year-olds. She did not know it at the time, but this position would surface qualities within herself that she would come to love and would be the basis for her career.

Coaching young children required Maddie to be creative, patient, and positive. Often, the kids would come to class crying but she did not let them leave in such a state. Maddie described, “I made sure every kid left proud of themselves. Although they’re young, they can feel proud and excited.”

When kids entered her class with diverse abilities, Maddie adapted her lessons so they could enjoy it. “It’s about using the right language so they can understand. I used ‘kid language’,” Maddie explained. “We would run through the trees, which were the other players, and kick the ball in the cave, the net.”

“I wanted to be someone they could look to and know they had a friend, someone who cared about them. School can be hard but if there’s someone you trust, it helps.” 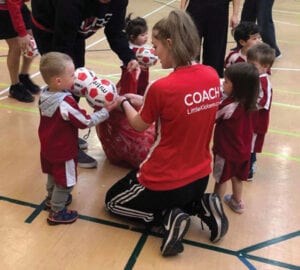 Coach Maddie ensuring every child in her class felt included and had fun.

When an 18-month-old with hearing loss signed up for her class, Maddie was eager to make her feel welcome. As a student in an American Sign Language class, Maddie learned how to communicate with the little girl and the effort was worth it. The young girl’s parents describe Maddie with gratitude, “To say Maddie is a natural is an understatement. She is an excellent communicator, kind, fun, organized, and encouraging. Maddie works with each child based on their individual development and abilities and is a great role model.”

Maddie loved working with the children and planning lessons that suited their needs. Her natural talent and the joy it brought her did not go unnoticed by her parents, who suggested she become an EA. Excited at the idea, Maddie attended a meeting at School District 43, where she heard of the quality of Stenberg College’s program. When she learned it could be taken online and included training from the Provincial Outreach Program for Autism and Related Disorders (POPARD), she was sold.

Maddie was excited to begin her educational journey and it did not disappoint. She described, “The teachers cared about what we were learning. They were available for online sessions when you needed it. It’s well structured and I felt supported. I had the help I needed.”

“I made sure every kid left proud of themselves. Although they’re young, they can feel proud and excited.”

Now an Education Assistant in the Coquitlam School District, Maddie has found the career she was searching for, a career where she can support others to be the best versions of themselves. Reflecting on her journey, she remarked, “I was taken aback when my parents saw this potential in me. They saw I could do something great that would help people. I feel proud. I’ve changed my career and achieved the goal I wanted to achieve.” ❉