Harmeen Cheema’s transformation from a lost high schooler to a motivated Medical Laboratory Assistant (MLA) is an inspiration for young adults in a similar boat. While many remain lost, Harmeen found her path.

When she was in high school, Harmeen felt a disconnect between her education and what she wanted to become. She was passionate about soccer but wasn’t sure about her future. “Everyone around me knew what they wanted to for a very long time. But I had no idea. I was kind of lost,” Harmeen admitted. She was not particularly motivated to get good grades and whenever she did pick a subject, she would lose interest fairly quickly. 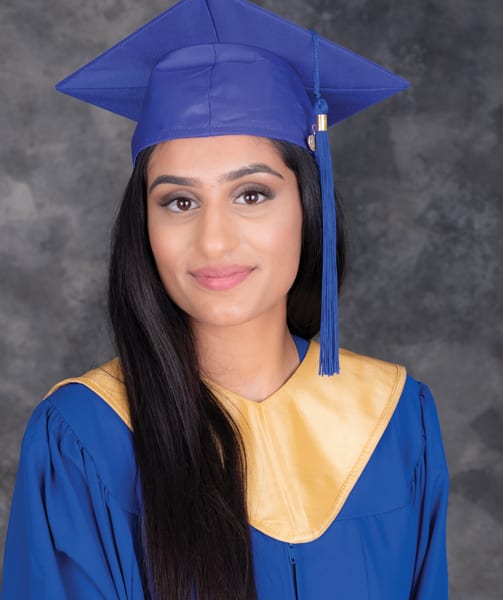 Harmeen was very aware of her ineptitude. When her parents pressured her to pursue medicine or study to become a nurse, Harmeen stood her ground. She did not want to rush into post-secondary education just for the sake of it. Instead, Harmeen decided to take her time and accepted a full-time managerial position at a retail store where she had worked while in high school. While Harmeen was admittedly lost, the one thing she was sure about was health care. In the long run she wanted to be a health care professional, the only question was finding the right fit and it would take some trial and error.

“I wanted to go back to school but did not want to study just theory.”

Harmeen’s first attempt at finding her passion was trying her hand at being a paramedic. “After graduating from that program, I wasn’t that interested in it. I had finished level one and received my certificate but when I was looking into jobs, most opportunities were far from home,” Harmeen shared. She crossed off being a paramedic from her list.

After this short stint at post-secondary education, Harmeen took some more time off to clear her thoughts and decide her next move. She craved education but wanted to learn something concrete that would land her a career in health care. “I wanted to go back to school but did not want to study just theory. I asked my cousin who had graduated from the nursing program at Stenberg College for recommendations. One day, she came with all the pamphlets for various programs at Stenberg and helped me explore my options.”

That’s when Harmeen found herself a step closer to her passion. She shortlisted the Medical Laboratory Assistant (MLA) and Cardiology Technologist Diploma programs and decided to meet with a Program Advisor to learn more. The MLA Diploma program was shorter in duration and offered a progressive career, which appealed to Harmeen. “I wanted something that I wasn’t going to be stuck in. I wanted something with room for growth in my career. That’s why I chose the MLA program because it could lead to becoming a Lab Technician.” Harmeen recalled.

“I loved how the program was so hands-on. We were learning theory and practising what we learned, every single day.”

Within six months of meeting with a Program Advisor, Harmeen began her journey towards her dream career. When she was about five years old, her little brother had a medical condition that required four years of frequent visits to the BC Children’s Hospital. “I spent so much time at the hospital, which is when I think I developed an interest in the medical field. My brother got a lot of blood work done and that’s when I saw a phlebotomist at work,” Harmeen recollected her early memories, which influenced her passion to work in health care. 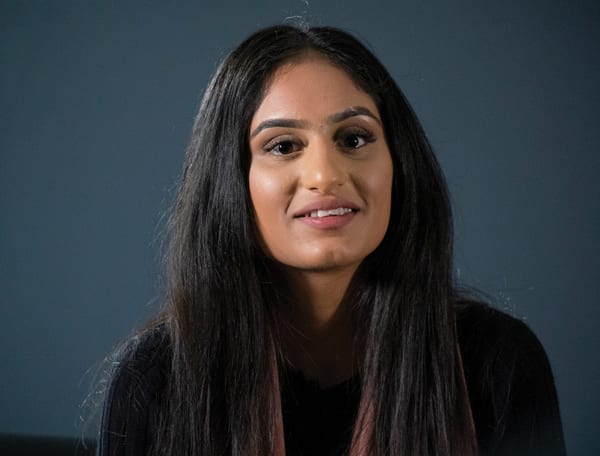 Harmeen is thrilled to be working at the BC Children’s Hospital and is completely dedicated to her career.

“My classmates and I had a friendly competition for who would get to the 75-poke mark first.”

After starting the MLA program, Harmeen regained her lost motivation. She realized that her dream job was to work at BC Children’s Hospital. Without wasting any more time, Harmeen immersed herself into the world of phlebotomy and for the first time in her life, she was enjoying the education she was receiving. “I loved how the program was so hands-on. We were learning theory and practising what we learned, every single day. My classmates and I had a friendly competition for who would get to the 75-poke mark first,” Harmeen joked. Although she placed third in this competition, she completed about 125 collections by the end of the program.

While studying all the skills she needed to become an MLA at Stenberg, Harmeen began volunteering at BC Children’s Hospital to further her education. When it was time for practicum placements, Harmeen knew this was the only place she wanted to go. “I was very thrilled and very nervous to walk into a pediatric setting for my practicum. It was different from regular practicums where you work with adults. You are not taught to collect blood from babies in school. It was challenging at first but I did learn very quickly,” Harmeen shared.

Harmeen impressed her coworkers at BC Children’s Hospital with her proactiveness and pleasant demeanour. She was hired immediately upon completing her practicum at her dream workplace. “I started working every single day, even taking overtime shifts to build my seniority so I could get a permanent line.” Currently, Harmeen is working in a permanent, part-time position and a full-time maternity leave line. Not one to be let down by minor hiccups, her optimism makes Harmeen the perfect fit for this role. ❉