Finding passion and pride in nursing

It was hard for Stefania Jimenez to talk about herself. Accustomed to focusing on her patients and taking care of others, Stefania usually asks the questions. She let out a small laugh when asked what makes her a good nurse, uneasy about having to compliment herself. She thought aloud, “I think it’s my compassion and love for people. Making them feel comfortable and safe is what makes me a good nurse. That’s what it is, my empathy.” 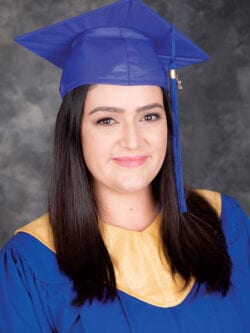 As a nurse, Stefania has found her own. She is confident, loves her career, and most importantly, is happy. Looking at her fit so perfectly into the nursing role, one might think she’d always known this was her path, that she was born for this role. However, there is more to Stefania’s story than meets the eye.

When Stefania was seven years old, her family packed their bags and left Colombia. Her father an architect and her mother a nurse, they left their careers behind and made a new home in Canada. Stefania explained, “They wanted to give us a better life. They gave up everything.”

Stefania’s parents worked hard to provide for the family, taking on cleaning jobs and other positions much different from the careers they once loved. Her parents understood what it meant to put others first, and aware of this sacrifice, Stefania felt the weight of the importance of her success. After finishing high school, Stefania wanted to make her parents proud. She recalled, “I wanted to work for the UN, to be a humanitarian and make changes in the world.” Taking the first step toward this goal, Stefania began a French degree in Political Science.

“I think it’s my compassion and love for people. Making them feel comfortable and safe is what makes me a good nurse. That’s what it is, my empathy.”

A CHANGE OF PLANS

However, it wasn’t long after starting her program that Stefania lost her way. Her world was turned upside down when her brother was diagnosed with cancer. She explained, “I always thought I would work in an office. When he was diagnosed, it was this big change and everything was different. It was really hard.”

Stefania, her parents and her sister tried to support her brother as he underwent treatment but he was frustrated, and would not let them in. Stefania felt helpless, and slowly, this feeling seeped into other aspects of her life. She remembered, “I got distracted. I stopped feeling passionate about school. The more I thought, the most discouraged I felt.”

Deciding to walk away from her studies was not easy. She explained, “It was one of my lowest points. Telling my parents I wasn’t going to university anymore was challenging. I needed to be responsible but didn’t know what to do.”

A tight-knit family, Stefania loves to spend time with those she loves

“Seeing the difference the nurses made changed me. I wanted to be that person for somebody.”

As Stefania sought a career she was passionate about, she worked alongside her mom in a seniors’ home. During this time, something profound happened, something instrumental in her finding her way. Stefania found the inspiration she needed. “We realized the only people who got through to my brother were the nurses. He was young and angry but was open with them. Seeing the difference the nurses made changed me. I wanted to be that person for somebody.”

Stefania planned to become a Registered Nurse (RN) but long waitlists deterred her. Wanting to pursue her career right away and knowing she could later bridge her credits to an RN program, she enrolled in Stenberg’s Practical Nursing program.

Stefania flourished at Stenberg. She described, “The program is challenging but you learn a lot about yourself. Finishing my diploma has given me validation and my parents are happy to see the person I’ve become.” 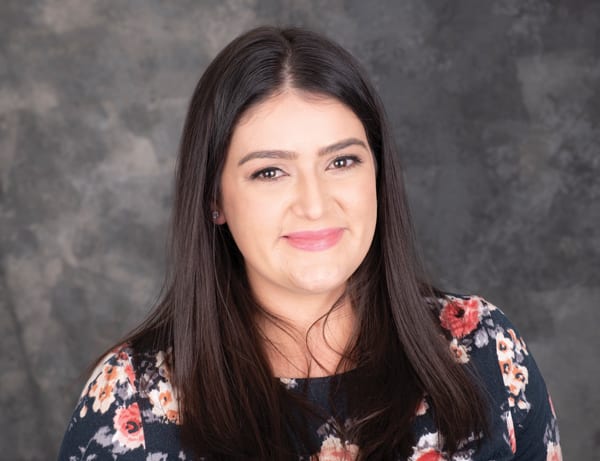 Just like the nurses who changed her brother’s life, Stefania is excited to do the same.

Stefania’s work ethic and natural skills for helping others did not go unnoticed. Her instructor, Rose Tiu, commended, “Stefania is studious, responsible and dedicated. She is eager to learn and works hard to earn good grades. She is kind, compassionate, and generous with her time. She is an exceptional student.” The manager at her practicum site, Langley Memorial Hospital, was also impressed with Stefania and hired her in the surgical wing where she did her preceptorship.

“Finishing my diploma has given me validation and my parents are happy to see the person I’ve become.”

As a success, Stefania can breathe easy. She found a career she loves where she makes a difference. With a look of relief in her eyes and content in her heart, Stefania exhaled, “My mom is so happy. She sees I’m in good hands with my husband and things are going well with my job. She said, ‘This makes me happy.’ As the youngest of my siblings, they can finally relax. Their hard work paid off.” ❉