Deborah McGregor and Jonathan Hutchings are at ease with one other. They have the kind of love that lets them be comfortable in each other’s presence. The kind of love that stems from a deep respect of one another. The kind of love that builds a marriage so strong, it would allow them to persevere through the most rigorous educational undertaking either of them ever experienced. Why did they choose to do an intensive Psychiatric Nursing program together?

Why did they pursue a career requiring a program that would put emotional and financial strain on their family? It was because they knew they could handle it. And it would be worth it.

DEB AND JONATHAN, THE EARLY DAYS 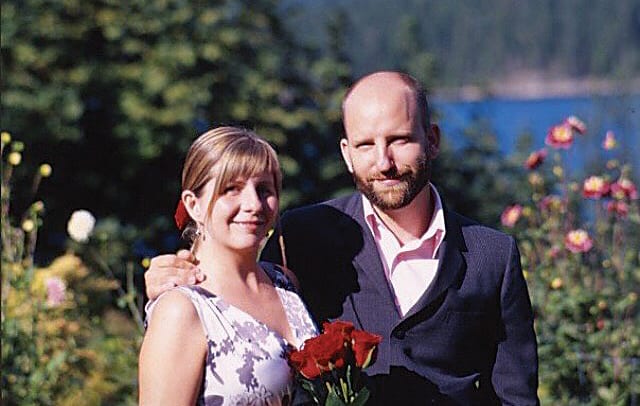 Deb and Jonathan have been together for over 20 years and share a strong bond with one another.

When Deb and Jonathan met, they became fast friends. Their values aligned and they understood one another. They became an unstoppable team, inspiring each other to be their best and do more.

Thinking back, Deb described, “When we met, I was working in a music store and he was in the service industry. We transitioned from a desire to be creative to a desire to help people. I started working at a theatre for folks with diverse abilities, creating sets and doing makeup. I got to know the troop and the people who supported them. I realized I also wanted to support individuals with diverse abilities.”

Seeing Jonathan’s natural skill set for helping others, Deb suggested he also find a job supporting people with exceptionalities. Deb hit the nail on the head. Jonathan recalled, “I started working with people living semi-independently and loved it.”

When Jonathan moved to a position with the Vancouver School Board as an Education Assistant, he suggested Deb do the same. Just like that, Deb was supporting kids with special needs in Vancouver’s first Aboriginal Focus School. Reflecting on their career paths, Deb looked amused and said, “Our resumes mirror each other. For the most part, this was not intentional.”

JUMPING IN WITH BOTH FEET

Deb and Jonathan loved their careers as Education Assistants. They were passionate about helping others and supporting kids with exceptionalities, and enjoyed it for nine years. As time passed, their passion grew and they wanted to do more. Jonathan explained, “We wanted to be part of the solutions to things we disagreed with in society and help push things in the direction we thought they should go.”

“We wanted to be part of the solutions to things we disagreed with in society and help push things in the direction we thought they should go.” Together, Deborah and Jonathan endeavoured into Stenberg College’s Psychiatric Nursing program. “The program confirmed much of what I already believed. It was a good fit,” Deb recalled.

“It reconfirmed the values that bring us together,” Jonathan echoed. “We ran into some hurdles – financial, personal, and family. We might have been cautious to enroll if we had known before we started, but it was worth it.”

Together, they studied, raised their daughter, and found careers they love. Deb was surprised at how much she enjoyed community nursing. “I loved having 93 clients and getting to talk with them all,” she reflected. “For example, some people had borderline personality disorder or schizophrenia, had gone through the hospital system and were now in the community. I supported them.”

Continuing her thought, Jonathan explained, “Community nursing helps people at any stage of recovery and keeps them out of the hospital. You want people to have opportunities for a better quality of life, which is more easily accessed in a mainstream lifestyle.” 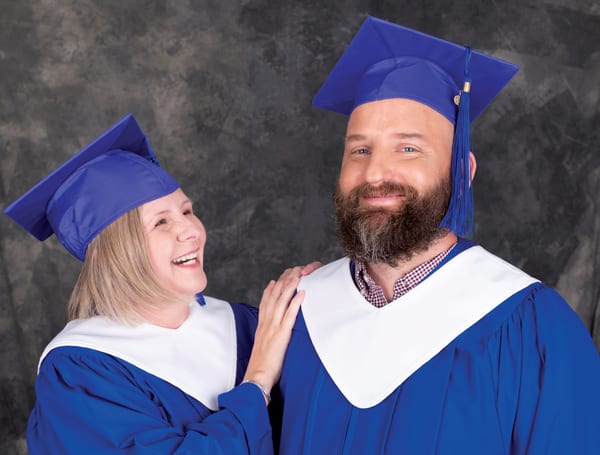 Having lived in Gastown for several years and being immersed in an environment of poverty, Jonathan was also surprised at his love for community nursing in the Downtown Eastside. “It’s so real,” he shared. “It sounds cliché, but if you talk to people as people and not as the “other”, you make real connections and they respect that.”

“The program confirmed much of what I already believed. It was a good fit”

A PLATFORM FOR CHANGE

Today, Deb and Jonathan are Psychiatric Nurses who found what they were looking for – the tools and platform for change. They find purpose in supporting marginalized populations, advocating for their rights, and educating the public.

“We feel we can make a positive impact through the health care system,” Deb smiled. Agreeing, Jonathan added, “We don’t feel like we had to become someone else to be Psychiatric Nurses. It feels natural.” ❉